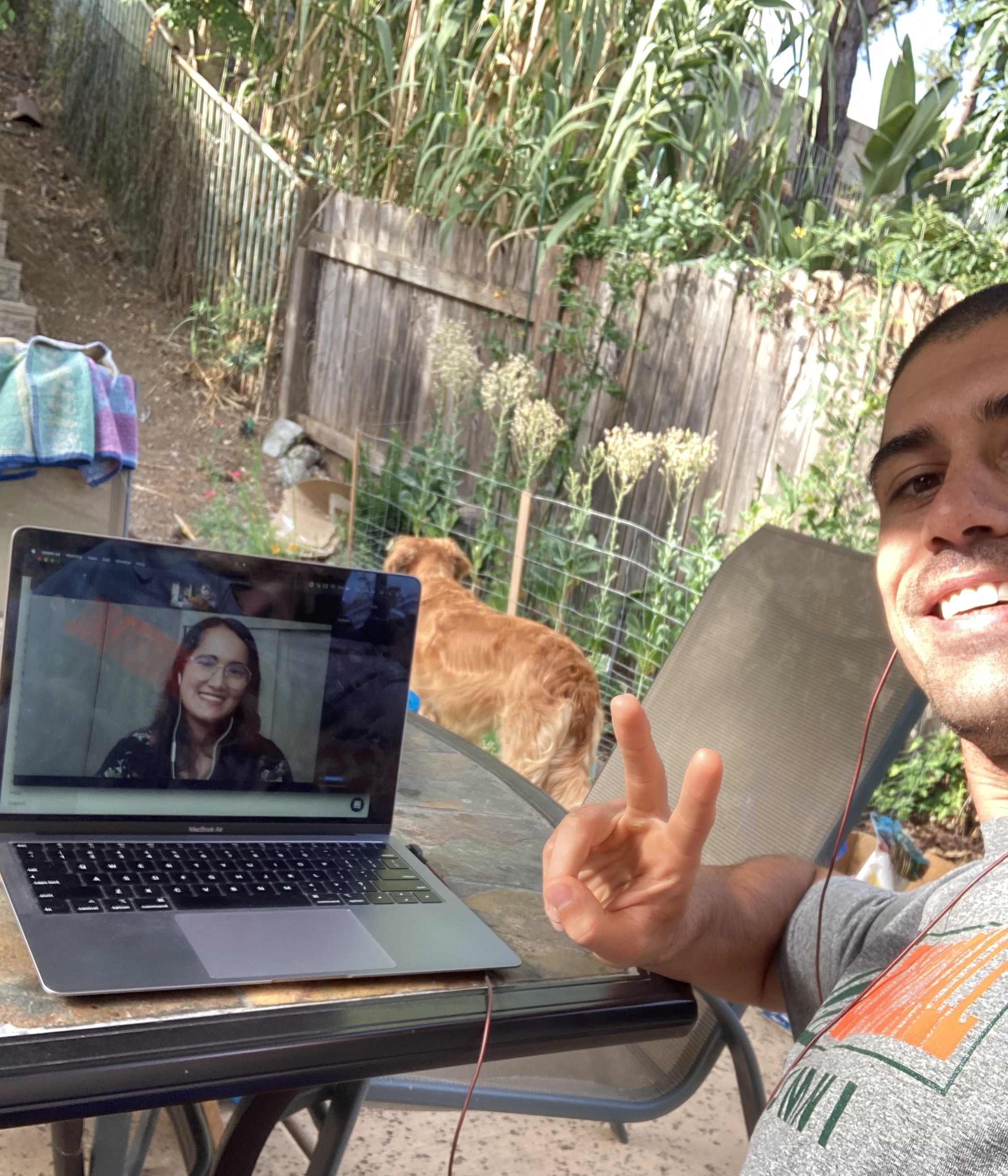 Meet Brett, a current Real World student from California who took advantage of being stuck at home, and used his time in quarantine to finally learn how to speak Spanish. Keep reading until the end of this post to see a video of Brett speaking in Spanish after only 2 months of classes.

#BaseLangStories series puts the spotlight on BaseLang students – asking them about their motivations for learning a foreign language, what impact learning Spanish has had on their lives, advice they have for fellow students and more

Can you tell us a bit about yourself?

Hey everybody, my name is Brett, I am 28 years old and I am from San Diego, California.  Since graduating from university in 2015 I have been a bit of a traveler. I have lived in Alaska, New Jersey, Australia and most recently China.  After China I returned home to San Diego in the hopes of visiting with my family for a month or two, before continuing to travel.

To top that off, there are more than 20+ countries where Spanish is the official language.

To me, it seems that learning Spanish would be a smart and logical choice of languages to learn.

The other reasons I decided to learn Spanish include:  the beauty of the language, Latin Culture and meeting new people.  I took 2 years of Spanish in high school and 1 year in university, and during my Spanish classes I always found myself attracted to the language.  When I hear people speaking Spanish fluently it always sounds poetic. Then when you add music to the words it sounds even better, which brings me to the Latin Culture and the music.  Whenever Despacito starts playing its game over, I’m on the dance floor.  I may be a terrible dancer, but it doesn’t matter when the reggaeton comes on.

Lastly, it is always great to have the ability to connect with others in their language.  Especially people from a Latin American, because there is always so much energy and friendliness radiating from the culture and its people.

Before BaseLang, what did you use to learn Spanish?

Well in high school we were given textbooks and workbooks, which consisted of vocabulary, grammar points and practice exercises. These books were not the most thrilling and interesting to say the least.  After graduating from university, I bought another random Spanish workbook. I tried working my way through that book, but it was also quite dull, similar to the textbooks from school.  Also, I joined a language exchange to meet and practice with Spanish speakers, but usually the conversations would last a couple of weeks before slowly tapering off. I’m sure language exchanges have worked for some people, but I didn’t find much success using them.

In the past, which part of learning Spanish did you struggle with the most?

My biggest struggle with Spanish in the past has been the conversation part of learning.  I have always felt like I was bothering my language partner when I would make tons of mistakes.

My preference is to perfect a skill first before using it with other people, so when it comes to practicing the oral part of languages, I can be a bit tentative.  It’s hard to reach a level of fluency in a language when you don’t practice speaking the language.

What obstacle would have prevented you from signing up for BaseLang before?

Lack of confidence in speaking Spanish would probably be the biggest obstacle that would prevent me from signing up.  Having conversations with my low level of Spanish, worrying I would run out of things to talk about or just being caught in an awkward moment, these things made me a little hesitant to sign up.

What changed after signing up?

What I realized after signing up was that all those thoughts and fears were silly.  The teachers are all awesome!  They are super patient and none of the things that I feared would happen, have ever happened.  My confidence to have conversations and confidence to make mistakes has increased since I started using Baselang.

What did you like the most about the Real World program?

The best thing about Baselang in my opinion is that you pay a flat fee each month for unlimited classes.  For me, because I live in California, they have classes from 3am to 9:30pm(Pacific standard time) during the week.

I am a morning person, so I take 2-3 hours of classes from 5:30am to 8:30am.  Even during those early morning hours there are great teachers available to help you with your Spanish!  Also, I have never been in a situation where the time slot I wanted to schedule had no teachers available.  BaseLang is similar to a gym membership for Spanish. If you want to get Spanish Workout in, just log in and schedule a class. The classes start every 30 minutes, so you can schedule a class at 7:29, 1 minute ahead of time, for a 7:30 class.

I am currently stuck in quarantine in the U.S., so right now I haven’t really had opportunities to use my Spanish in real-world situations.  My plan is to travel around Latin America with my newly acquired language skills exploring countries and meeting new people as I go.  I will say though, after learning Chinese during my stay in China, it was much easier to connect on a deeper level with the people in China.  This is something I look forward to doing in Latin America, connecting with people in their native language.

Would you recommend BaseLang, and if so, why?

BaseLang is a must if you want to learn Spanish quickly!  Aside from the unlimited classes, you are able to take each month, they also have a Spanish course with slides, vocab, grammar, and practice exercises.  I like their course because it is not too heavy, there isn’t too much grammar or convoluted grammar explanations.  It’s just enough content to review with your teacher, then practice during your conversations.  Although, sometimes I find that even when I plan to review the curriculum during class, I end up off-topic having an interesting conversation with my teacher.

If you want to have great conversations and learn Spanish, then you need to try Baselang.  I don’t want to give people the wrong idea and think that just by signing up and taking 1 hour of Spanish a week you will be fluent in a month.  That is NOT the case.

Spanish, just like any other skill in life takes practice.  People that play professional sports are not the best at what they do because they watch other people do it, they practice every day.  You don’t have to be like Kobe Bryant practicing 24 hours a day, but if you practice a little bit every day you can attain your Spanish language goals.  BaseLang will definitely help you attain your Spanish language goals by providing you with the tools and awesome teachers that you need to speak fluent Spanish!